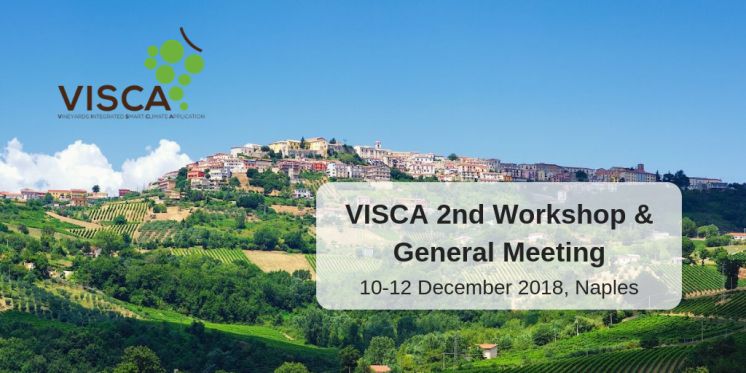 The General Meeting will be dedicated to discuss the progress of the project, the technical and exploitation aspects as well as the planned activities for the upcoming months. After that, the 2nd VISCA workshop will host interesting exchanges and roundtables with the Advisory Board members and external guests about the status-quo of climate services in the agriculture sector and the replicability opportunities on olives, cereals and rice while gathering some feedback about VISCA tool.

VISCA partners are collaborating to provide a Climate Service (CS) and Decision Support System (DSS) that integrate climate, agricultural and end-users specifications in order to design medium- and long-term adaptation strategies to climate change. The project is validated by real demonstrations with end-users on three demo sites in Spain, Italy and Portugal (CODORNIU, MASTROBERARDINO, SYMINGTON) who are part of the consortium.