VISCA Decision Support System (DSS) is a Progressive Web Application that can be viewed or executed using any recent major browser version (e.g. Chrome, Firefox, Safari or Edge). It can be accessed from multiple devices: computers, tablets or smart phones. The aim of VISCA DSS is to integrate climate and agricultural models with farmers’ management specifications in order to design short practices, medium- and long-term adaptation strategies to climate change. 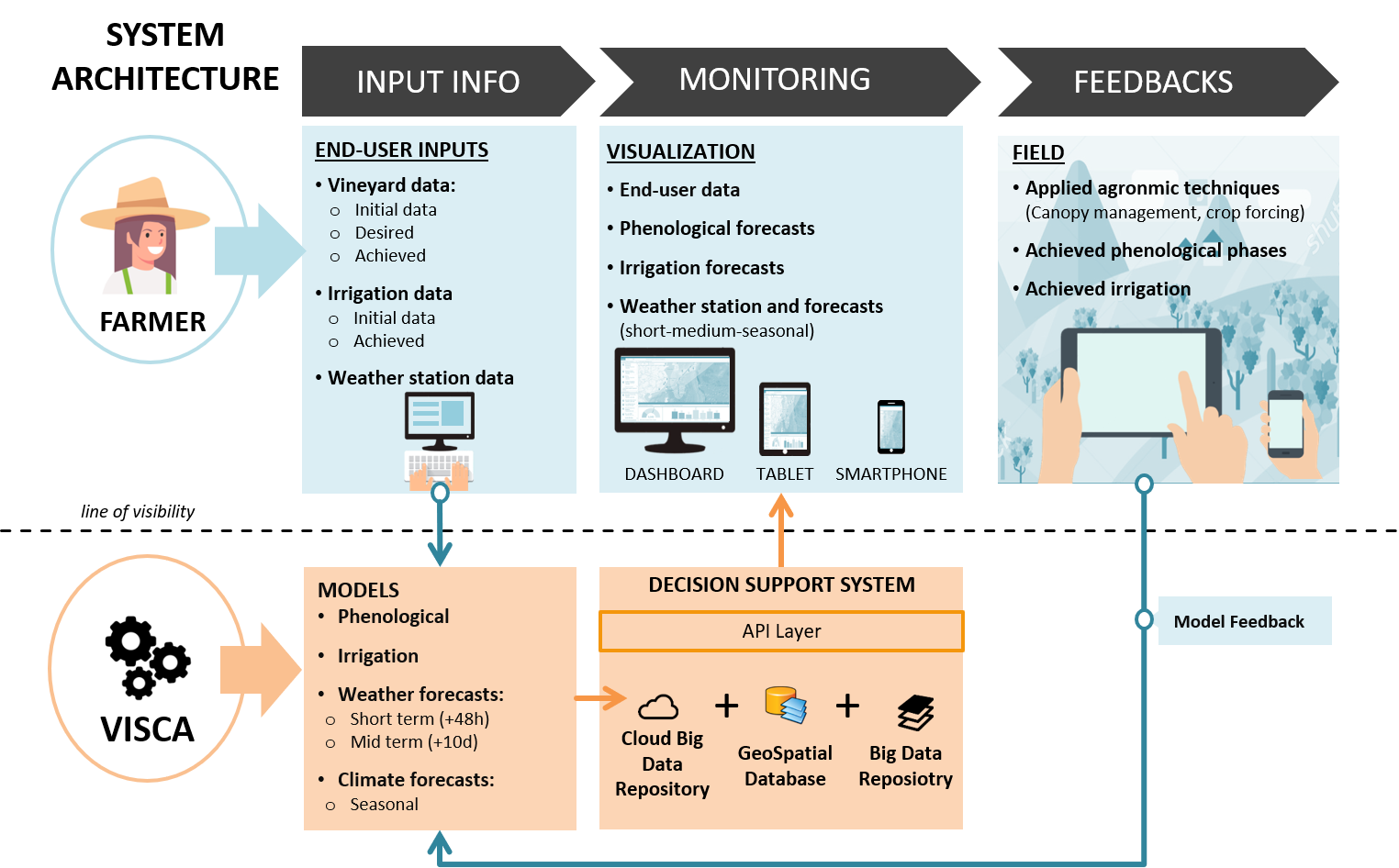 The main part of VISCA DSS user interface is an integrated dashboard composed of a set of widgets which adapt to the screen based on a responsive grid. Widgets are sorted from the top-left to the bottom-right corner of the dashboard. It includes the end-user data (location, a map, the parcels, reference dates) and the 3 main layers (phenology, irrigation and weather forecasts). Further information about VISCA DSS dashboard is explained on VISCA DSS Tutorial #1: Introduction (Dashboard). 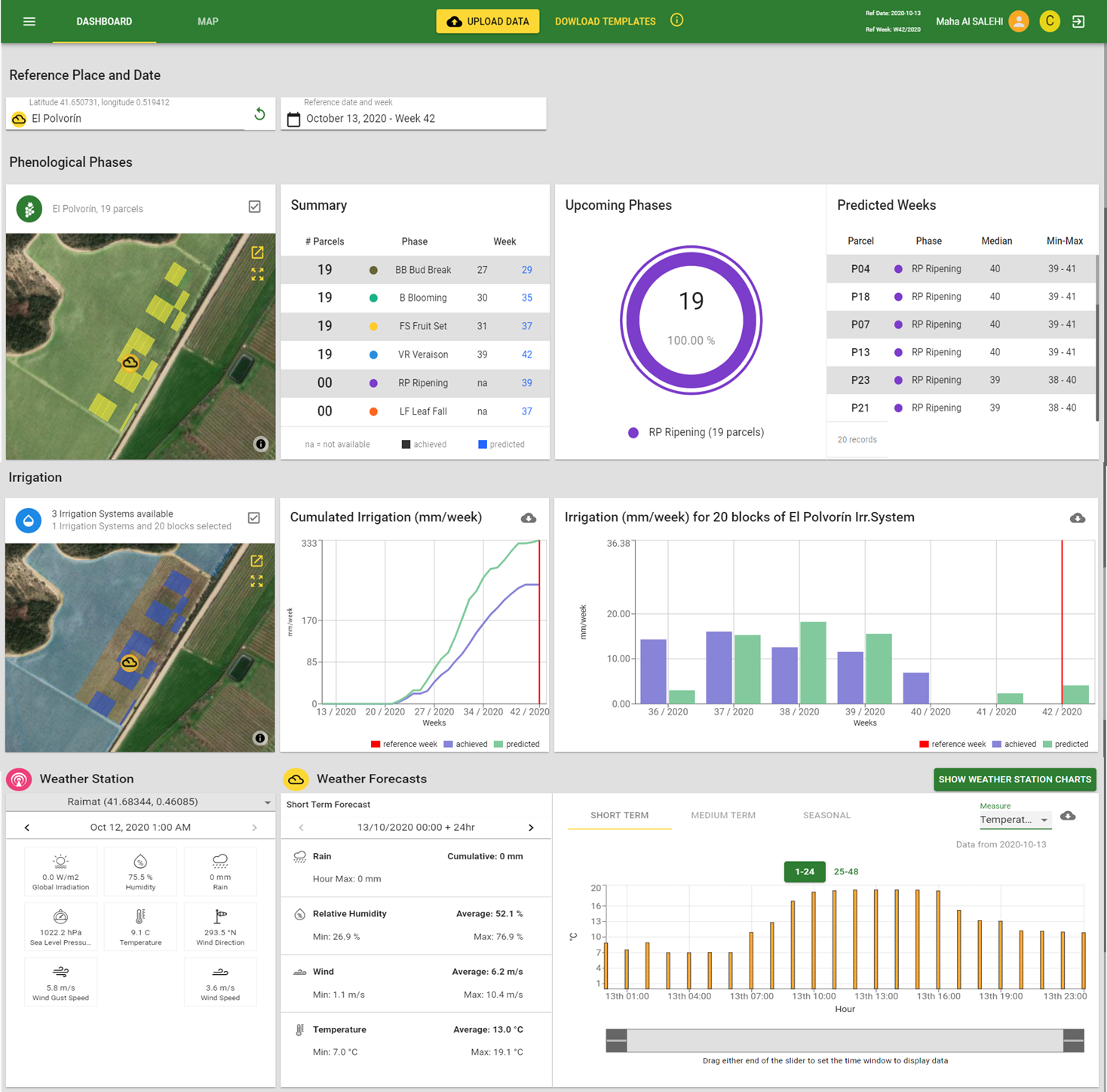 In order to validate the predictions and recommendations suggested by VISCA DSS, trials are being carried out in the demo-sites: Symington Family Estates (Portugal), Codorniu (Spain) and Mastroberardino (Italy). The developed models under this project as well as the climate forecasts are being validated based on the weather, phenology and irrigation information provided by these three companies.

Finally, as part of climate change adaptation, two agronomic techniques are proposed by VISCA: Crop Forcing and Shoot Trimming. These techniques are considered by the models when providing forecasts. 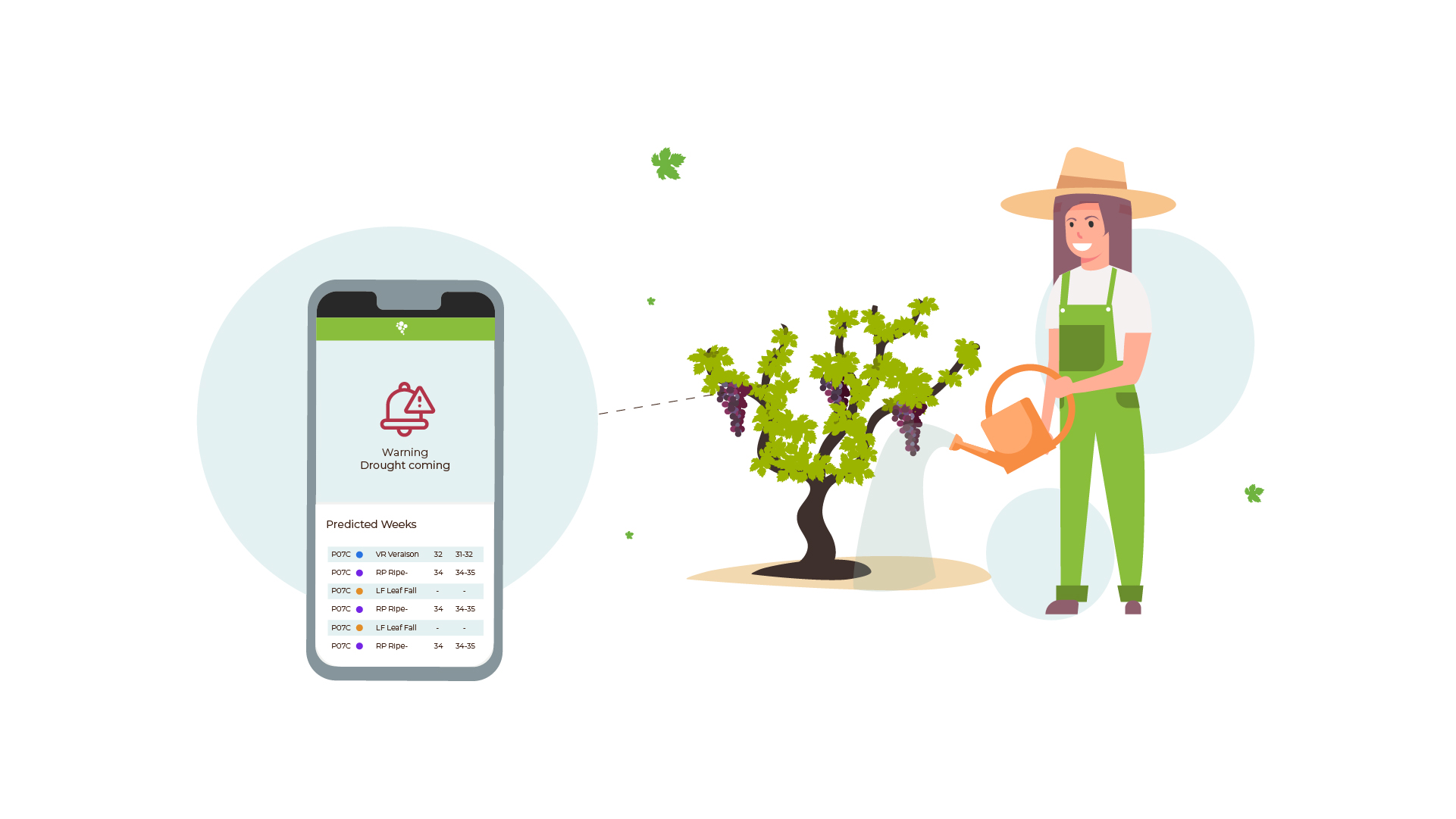