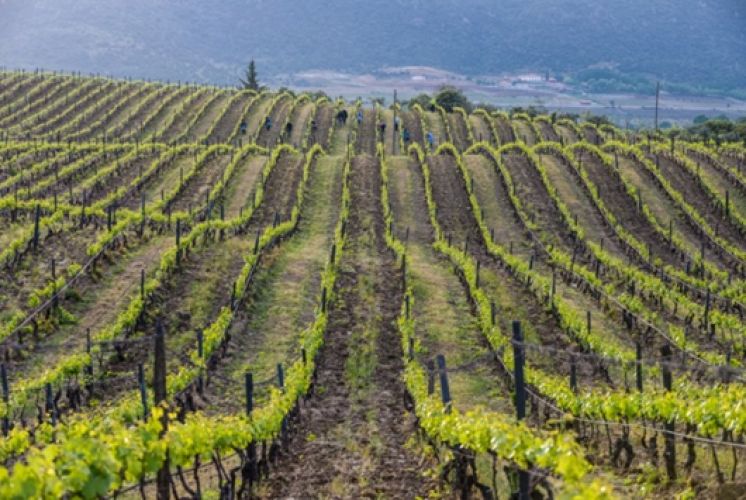 During the 1st Stakeholders Workshop of VISCA project, a questionnaire was created in order to establish an overview of the current adaptation strategies adopted by the different agricultural sectors against climatic changes as well as to gather the users’ requirements and expectations from VISCA tool.  The questionnaire was answered by 11 different organisations representing agricultural and climate services communities from the private organisations as well as research centres and professional public institutions. The geographical area of influence of the participating organisations was mostly in Europe, but it also included other regions such as South America, North America, Africa, the Mediterranean basin and Vietnam which gave a global view to VISCA questionnaire.

The questionnaire results showed that all the participants, who include farmers/ viticulturists,  are involved in adaptation strategies against climate change whether through projects, acquired models or even educational measures like courses. When the participants were asked about the main crops threatened by climate change, the majority answered with fruits (including the wine-grapes) followed with cereals, then vegetables, legumes and nuts. Later, when they were asked to specify the Mediterranean crops which are threatened the most, the top 3 answers were wine-grapes with 45%, olives with 32% and cereals with 18%[1]. Participants also shared their views on the threats which would benefit the most from using models (meteorological, phenological, climate, irrigation, etc.) in adapting to climate change as follows: change of agricultural practices, loss of productivity, species invaders and changes in soil drainage and/or soil erosion.

According to the answers obtained, it is clear that models currently available are very suitable to be used for adapting agricultural practices to climate change, as well for improving productivity in the fields. Regarding the main needs of the end-users which facilitate the adaptation to climate change, replies varied from irrigation management and canopy management to impact in wine typicity, innovation in viticulture practices (efficient use of water, herbicides, fertilisers), handling droughts depending on soil, avoiding frost damage and meteorological & plant physiology knowledge, which means that a very important issue in fields is the extreme events - droughts, frost, heat waves - management, only possible through the development of tools with reliable meteorological information, so farmers have the right time-frame to act against these events.

Finally, the participants expressed their opinion about the functionalities of VISCA tool which they find useful the most such as visualisation of phenological events, feedback with the model with inputs from the fields and visualisation of meteorological data among others. They also shared their views about the technical strengths and weaknesses of VISCA tool in order to optimise it accordingly. The exploitation manager ALPHA will further analyse the results of this short survey for preparing the business plan of VISCA services.